As a law firm regulated by the SRA, we publish information about our pricing for certain services that we provide to the public and to businesses. This pricing information relates to advice we provide on immigration (excluding asylum), employment tribunals (claims for unfair or wrongful dismissal) and motoring offences. The fees and costs that is stated in our pricing information are based on our experience of the likely cost of dealing with similar matters or are based on our best estimate of the likely amount of professional time incurred. In some circumstances, we may need to revise our fee, for example, if your instructions change, or unforeseen or exceptional circumstances arise. Unless we agree otherwise, we charge an agreed fee for specific work.

Our hourly rate ranges from £165 to £267, depending on the Solicitor handling the case and the complexity of the work. In certain circumstances, we can agree on a fixed fee with a client in all our areas of practice. Our fixed fee is from £500plus VAT, depending on the nature of work. In very exceptional cases, we may be able to accept fees lower than the minimum fees indicated in our Pricing Guide. Initial Consultation We offer an initial no obligation consultation which can either be in person or by telephone. The cost of this service is £70excluding VAT. All of the prices quoted exclude VAT. This is charged at the prevailing rate and is payable on our fees and on most expenses which we are likely to incur on your behalf. VAT is payable subject to your immigration status in the United Kingdom.

Disbursements are costs related to your matter that are payable to third parties, such as court fees, Home Office fees, or Barrister’s fees and they are borne by clients. We handle the payment of the disbursements on your behalf to ensure a smoother process except the client instructs otherwise.

How we charge for our services

Our fees are fair, transparent, competitive, and free of hidden charges. At inception, we provide our clients with written information (in our Terms and Conditions of Service) on what we charge for and the various ways to fund a case and/or different stages of it.

Such funding may be by way/mix of agreed fee, fixed fee, hourly rate, conditional fee agreement, damages based agreement, insurance funding, etc. We charge VAT on our fees.

Our fees exclude disbursements e.g. application fee(s), Land Registry fee(s), court fee(s), money due to other professionals such as barristers involved in the case, etc.

TERMS WILL DEPEND ON THE MERITS OF YOUR CASE AND CIRCUMSTANCES

TERMS WILL DEPEND ON THE MERITS OF YOUR CASE AND CIRCUMSTANCES 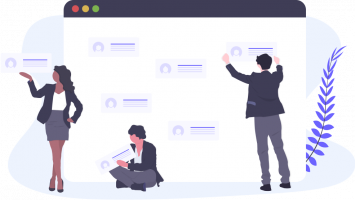